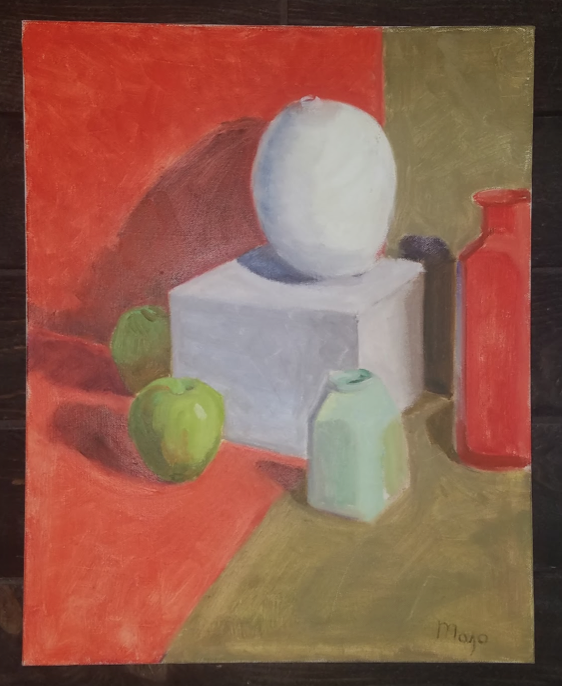 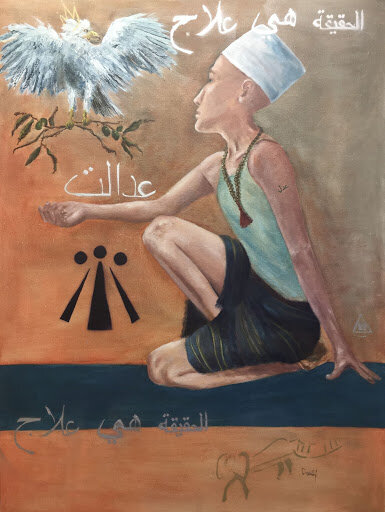 Elicit Justice aims at expressing some of the elements needed to achieve an equitable society. The eight elements chosen to start the first segment of the series are equality, security, truth, respect, education, hope, freedom and peace. Inspired by street art and graffiti, the work depicts these attributes in a coded way with symbols and words, including languages from countries where justice is lacking. The paintings are matched with various quotes that are meant to start a dialogue about how we perceive justice and how we can be a part of the needed change. What is the connection between justice, graffiti and street art? Graffiti and street art are often the only vehicles available for citizens to make social commentary about injustice in oppressive governments. For citizens of such countries, it is almost a given that the voices of the people are silenced and the information they are allowed to receive is skewed. But, when those people pass a wall with art that becomes an open platform for the beliefs of others – beliefs about justice – then those passers-by realize they are not alone. At least until that art is whitewashed. Yet, the painted image has already planted a seed in the minds of those who resonated with its message.

Bio - Stephanie creates representational and abstract paintings that employ a range of marks and textures unique to each piece. Her work includes oils, watercolors and mixed media. The process she employs depends on the subject - ranging from palette knives to aerosols. Stephanie holds a B.A. in Studio Art and Political Science from the College of Charleston, a J.D. from New York Law School, and a Diploma in Arts Profession Law and Ethics from London's Institute of Art and Law. She has studied under classical figurative oil painters from the New York Academy of Art, Studio Incamminati, Academy of Art College, McCormack Studios, and the New York Art Students League. Tom currently works as a painter and graphic designer in his village of Rhinebeck studio and is a showing member of The Gallery @ Rhinebeck. Sine worked for seven years cutting paper for pop artist James Rizzi in Soho New York. She now shows her art in the US and Denmark, with a permanent exhibit at the Flat Iron Gallery in Peekskill. My current project Harlem in Real Time is a combination of two series. Always drawing on the social realism of German and American Expressionists. Maj? L. Foy began drawing and painting in the 1980s when she lived in Paris. Since 1991, she has been affiliated with The Art Students League of New York, where she has studied sculpture, drawing and painting. She currently works as a docent at the Metropolitan Museum of Art. She has numerous paintings in private collections and has displayed her work at Café Mocias, Bettolona and, most recently, at the restaurant Arco Cafe. Martha Scott Burton was born in 1992 in Winston-Salem, North Carolina and grew up in Springfield, Missouri.  In 2015, she received her Bachelor of Arts in Art History at Columbia University, graduating with multiple honors.  After her debut at Arts and Crafts Art Gallery, she will participate in a group show curated by Emily Sussman.  Burton currently lives and works in New York.